Is The Size Of The Little Aickar 800A Peak 19800mAh Car Jump Starter Deceiving? 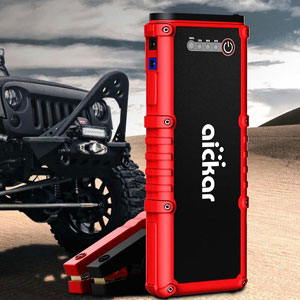 The Aickar Aickar 800A Peak 19800mAh Car Jump Starter is a tiny little 800a peak system with a slim body, but there is also the promise of great power and potential. There isn’t much here in the box. There are two heavy duty jumper cables, a large battery pack and outlets for charging electronics as well as the cars that it was originally intended for.

It isn’t the complex set-up for large-scale roadside assistance, but it does look user-friendly for basic needs. It doesn’t look as though it could do all that much, but are looks deceiving in this case?